We are excited to compete in the Club Champions League New England!  Read on to learn more about our new League! 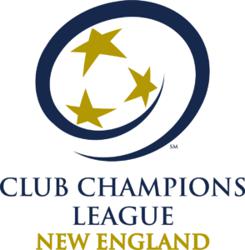 “The CCL is well-respected both at the regional and national level and is a symbol of success both on and off the field.  The level of professionalism, leadership, collaboration, and commitment they exhibit to their members is rarely seen in youth soccer these days,” added John Barata, Executive Director of the NSL.

The NSL and CCL formed a strategic alliance in early 2018, working collaboratively on events, partnerships and best practices.  CCL NE is a natural progression of this alliance.  Barata added, “This new and refreshing league model offers clubs and teams across the Northeast the chance to compete against other top clubs and teams and participate in top CCL events and programs.  The CCL focuses on holistic club development that helps the player/family, coach, team, club and community.”

“After almost 365 days of due diligence and on-going collaboration and communications with key youth soccer leadership in New England, including the Massachusetts Youth Soccer Association, the CCL and its Board of Directors approved the launch of CCL New England in an effort to continue uniting like-minded youth soccer technical leaders, clubs, and towns across the country under the CCL platform.  The CCL is known for its patient, long-term, collegial approach to youth and club development and this will be no different,” said Brian Kuk, CCL Executive Director, former Connecticut High School Player of the Year (1992) and standout at NCAA Division I Hartwick College.

The CCL is well-known for its professional management, collaboration of Technical Directors/Directors of Coaching of each club, and its focus on long-term development from the grassroots to top levels of play. A key driver in announcing CCL New England is a desire to introduce the benefits of the club-to-club culture which highlights club, community, and long-term development. The CCL and its Board of Directors recognize that leagues offer different models, and the CCL culture and model cannot be implemented overnight nor will they force it, as it will take time.  The CCL is prepared to work closely with club leaders in New England to slowly educate and integrate the club-to-club model while maintaining the team-based structure so clubs and teams can unite under CCL New England while knowing the CCL is truly invested in their long-term development, on and off the field.

“The efficiencies and benefits of the club-to-club model are too many to ignore. Technical Directors will no longer have to chase their teams around the state on a Saturday or Sunday to oversee player and coach development. Club membership will be happy to know that their Technical Director or Director of Coaching can be at one site evaluating and assessing multiple teams and coaches instead of wasting time in a car while their club membership questions why they never see them on match days. Families with multiple kids will get to go to one site, coaches who coach multiple teams stay at one site, and more.  Families will truly see a return on their club investment,” commented Darryl Gee, CCL Soccer Ambassador and former New York Cosmos professional player (1980-1984).

“In collaboration with the NSL, Massachusetts Youth Soccer Association, and other state leaders, the CCL is excited to offer both the club-to-club and team-based models for New England clubs and teams that are seeking to play in a league that has a clear focus on the very important layers of youth soccer:  the player/family, team, coach, and club development. Not only will we provide fantastic on-the-field experiences but we will also present amazing off-the-field benefits through our gold standard strategic partnerships with adidas, Soccer.com, Kwik Goal, and United Soccer Coaches,” stated Steve Danbusky, CCL President and Executive Director of Beach FC (Virginia Beach, VA), NCAA Division III National Champion and All-America at Williams College.

“We are thrilled to announce the development of CCL New England as it represents an incredible opportunity for youth soccer clubs in New England and for our members of the Northeast Soccer League.  Clubs will be impressed with the CCL culture and standards along with quality programs offered by the league” stated Steve Robinson, President of the Northeast Soccer League (NSL).

Mike Borislow, Executive Director of Massachusetts Youth Soccer Association, had this to say about the exciting announcement, “We welcome the CCL to New England. They are a reputable, first-class organization who have built a very successful league in Virginia and Maryland. We will support CCL New England as we do all youth soccer leagues in Massachusetts and New England.”

“We commend the CCL for their commitment and focus on club development and the work they do in Virginia, Maryland, and Washington D.C. to elevate the youth game.  This is an organization that is truly focused on player and club development.  The quality of competition and professional management is second to none. We are very excited to hear of the news of CCL New England. We look forward to supporting their endeavors going forward,” said Rusty Wightman, President of the New Hampshire Soccer Association.